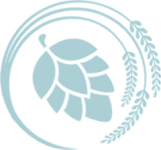 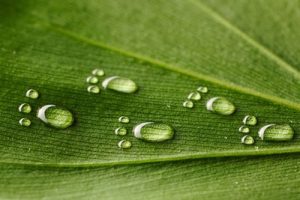 The concept of agroecology is not a new one, as it’s been around for decades. Its rise in popularity largely stems from people’s need and/or want to find alternatives to the modern industrial food and agriculture system. Currently, the aforementioned systems are broken and the initial goal to use them to combat world hunger was (and still is) a tale of deception. Patents, and the revenue they generate, have been a feature of industrial food and farming for many years. Due to this, the corporation(s) who own the patents have created an ‘industrial, capital-intensive system that too often exploits both people and land; whose primary emphasis is on high yields and maximizing profits for those in power.’

According to the National Farmer’s Union (NFU), ‘argoecology is a holistic approach to farming that uses social, cultural, economic and environmental knowledge to promote food sovereignty, justice, and long-term economic viability as well as healthy agricultural ecosystems’.  It’s principles and methodologies are applied according to the particular situation of a location. The NFU has also noted, agroecology principles require that farming techniques:

Inevitably, these techniques encourage decentralized decision-making by farmers and help to incorporate practical, low-cost, ecology-based technologies for productive farming. They also offer a path forward for growing food to feed us all, while strengthening the enduring vitality of small farms, rural communities and their natural ecosystems.

The relevance of agroecology for the future of large-scale industrial farming is becoming more apparent as time passes. Policymakers, scientists, farmers and citizens are realizing that business as usual is no longer an option in the face of peak oil, climate change, water scarcity, biodiversity loss, deforestation, social unrest, landlessness, and hunger, which are all costs associated with industrial farming.

“Today’s scientific evidence demonstrates that agroecological methods outperform the use of chemical fertilizers in boosting food production where the hungry live – especially in unfavourable environments.”

The small and medium-scale production farmers that already support an agroecological methodology understand a farmer’s field is not just an outdoor factory, where inputs and outputs are calculated and scored by the amount of money one can squeeze from whatever is being grown and/or reared. These farmers follow the methodology because they want to be a part of a resilient local food system that fosters the important indicators of sustainability such as equality, fairness, and satisfaction for all (not just a few).